Just a little food for thought…

A bible scripture was brought to my attention while I was researching a quote for one of the stories I’m writing and up pops Galatians 5;26 – Let us not be desirous of vain glory, provoking one another, envying one another.

At first glance the first thing that came to mind was how often without too much thought or effort a person can become envious of another person or persons for whatever reason. Does it still count as a sin when those type of feelings arise unintentionally? Lord I certainly hope not because even if it’s a slight hint of envy, just not completely blown out of proportion jealousy, red blooded humans have that bit of memory loss forgetting that it’s not right.

Now the jealousy aspect type of feelings, those are the most dangerous. In my opinion, being envious is the nice way of saying ‘Ooh I want that or I wish I had,’ but that dreaded ‘jealousy’ word sounds a little something like ‘That would look better on me.’ ‘Why they, when they, where they?’ ‘I can do this or that better than them.’ And tons of other pointless questions or statements to show extreme pettiness.

But of course upon further review and research thanks to my DH and my trusty Life Application study bible it became a lot clearer for me.

According to the more in depth breakdown of the scripture, everyone needs a certain amount of approval from others. But those who go out of their way to secure honors or to win popularity with a lot of people become conceited and show they are not following the Holy Spirit’s leading. Those who look to God for approval won’t need to envy others. Because we are God’s sons and daughters, we have his Holy Spirit as the loving guarantee of his approval.

I am definitely guilty of trying to appease others and not for popularity exactly but more or less just not wanting to disappoint some folks. Unfortunately I haven’t been doing what I’m supposed to do as a Christian, this I know. I haven’t been asking for guidance from the utmost high in some things I (notice the key word I) had decided to take part in.

By doing so I have pushed myself in the direction that only leads me towards my ugly self. The self that is quick to anger and click about the many trumped up hiccups that are thrown in the way to wreak havoc. Although I did not sign up and was often volunteered I still feel an obligation to follow through. I try to lend my services where needed but what I didn’t do was dig a little deeper to be sure whether this was acceptable or not.

Basically I am issuing a challenge for myself. A challenge to listen to the spirit that speaks to me and sometimes through me. I desire for a certain amount of approval but I have looking for it in the wrong areas. It’s time for a change. #Knowbetter #Dobetter 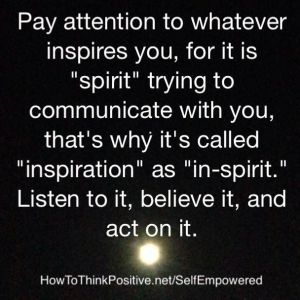